I left behind a little bit of me in Jerusalem..

Some questions answered.. So many new ones that beg to be explained.

The home of religions, birth place of cultures; even mankind maybe? Today a co-existence of people of different faiths.

Caught in a political and religious cross-fire.

Caught in a proprietary struggle that dates back almost to humanity itself.

What is it about this land that has made it the cornerstone of the world’s 3 largest monotheistic religions, witness to history’s most staggering events; and the most contested city in the world.

And yet, Jerusalem is so much more. Today its a city that’s practically learnt to live side by side with its eternal struggle. Growth amidst conflict.

A land of people that are warm, fresh and radiant. Mature beyond their years (for obvious reasons) and appreciative of life. You can see it.. feel it. The jest for life, food, fun; in spite of the terrors and hardships – or because of them, perhaps.

Jerusalem overwhelms. Period. Not so much visually – its more on an emotional level. The mind struggles to keep up.

The historical events, the religious milestones, the enormity of the architectural evidence that has been unearthed…

To put it into perspective – this is the place where the Jews built their sacred temple, also where Mohammed rose to the heavens; and also where Jesus was crucified.

Three of the most important events in history and religion, in one place – just a few hundred metres from each other. Even to a non-believer that surely implies something.

To say its staggering, is an understatement.

The Old City is the radius; the soul of Jerusalem; and in itself needs a full day (and definitely needs a good guide).

2 days if you are a history buff like M and me.

The obligatory side trip to the Dead sea is another half day. So all in all, a minimum of 2 full days – ideally 3 (the restaurants and nightlife in Jerusalem are a treat in themselves so enjoy the evenings to the fullest – more on that later
? ).

We started our experience of the Old City with the Western Wall Tunnels or the Kotel Tunnels (you should absolutely book your tickets in advance, online or through your guide).

Jerusalem was ransacked and rebuilt an umpteen number of times. Today it sits several metres above what was the ancient city.

The tunnels give an insight not only into its historic underbelly; but also to the architectural intelligence and foresight of those ancient cultures.

Right across from the entry to the tunnels, is a sign that proclaims a spot in the courtyard as the place where mankind originated, i.e where Adam was created. True or not, I have literally felt goose bumps whilst standing in that spot. There was something there. It almost felt like the angels and spirits of millennia past stood watching as history unfolded.

The same courtyard leads you to the Western Wall, more commonly known as the Wailing Wall.

The only remaining section of the Second Jewish Temple and one of the 3 supporting walls to the Temple Mount (considered to be 2000 years old). The closest a person of Jewish faith can get to the holy mount and hence the most important religious site in Judaism.

On the mount, the shimmering Dome of the Rock, Jerusalem’s most iconic (and contested) site, is equally sacred to both Jews and Muslims. On the mount’s southern side is the Al Aqsa Mosque – said to be the world’s oldest mosque (and the third holiest site for Islam).

During most times of the year, people of other faiths are allowed to visit both the mount and the mosque. Unless as it happened with us – its Ramadan; or a time of political turmoil.

What is today the Muslim quarter – more specifically, the main market place; was in ancient times the Via Dolorosa.

The path that Christ was taken along unto his crucifixion. Although 10 of the 14 important stations are marked at various points, sadly this historic path needs to be eked out with the help of a map (and tends to be ignored by most guides).

Via Dolorosa leads you to the Church of the Holy Sepulchre, the spot where Christ is said to have been crucified and buried.

The Rock of Calvary, where the crucifixion is said to have taken place is enclosed in a glass altar. Also within the church is the Shrine of the Tomb (over the empty tomb) and the chapel housing the cross – purportedly at the exact spot where the relic was found.

The spot where Adam is said to have been buried also stands in the Church of the Holy Sepulchre..

In the conflict between Judaism and Islam, Christianity appears to have taken a docile step back.

Christianity’s birthplace is today but a mere symbolic shadow of the immense grandeur and opulence that we see in Rome and some other places. This sad truth pertains to most important Christian sites in Jerusalem.

The other churches in the Christian quarter are in a similar state of neglect and disrepair. Even the Cenacle – the room in King David’s Tomb which is said to have been where the Last Supper took place (its on Mt Zion but easily walkable to from the Old City) .

After this, we just did’nt have to heart to visit Bethlehem.

The Mount of Olives sits across from the Old City, practically overlooking it. In all honesty, its a fantastic view point for seeing all of Jerusalem panned out before your eyes..

Apart from that there’s only its perceived religious significance. It is said to be the place where the Messiah will descend when the world comes to an end (hence one of the largest Jewish cemeteries stands there).

Also at its foot is the Garden of Gethsemane, where Jesus is said to have prayed the night before his crucifixion. Alongside the garden is the Church of All Nations which enshrines this sacred rock.

Across the church is the Tomb of the Virgin Mary, considered to be The Virgin’s burial site.

Jerusalem has an equally enticing and inviting modern side to the city.

Bars and restaurants that could easily compete with the best in the world. I could go back just for the food.

The best example of the stark contrasts this city represents is the Mahane Yehuda market.

Its one for the ‘need to see to believe’ lists.

Take a round of the market during the day, well anytime before 5pm. Its a bustling, enclosed market-place, typical of similar markets in the Middle East.

Alley upon alley of stalls and shops with fresh produce, spices, nuts and so on. Enthralling and fresh…Stock up on whatever you fancy, the quality is excellent.

Do a second visit later in the evening, say anytime post 9pm. I dare you to say you’ve entered the same market.

Its now alley upon alley of bars and casual eateries. Chairs, tables and benches in place of the fruit laden counters that hid the ‘grafittied’ shutters, during the day. Music streaming from every 2nd shop front.

It was one experience. A superb one in fact. Even if you can’t manage the day visit. Definitely keep aside an evening for Mahane Yehuda and imagine the contrast from these pictures ? .

I have to write a little more about the food, more so on the freshness and variety of everything we tried. It amazed me because everywhere the eye can see, its a fairly barren and arid landscape. Yet the variety and flavour of their cuisine is incredible. Especially for a vegetarian.

We’ve all eaten Falafel right..You have’nt until you’ve eaten them in the market in the Muslim quarter of the old city, in the humblest of stalls…Never has Tahini tasted better or the Olives fresher…

On that note…its important to know that during the Shabbat the city literally shuts down. From lunchtime on Fridays everything closes down – offices, shops, restaurants, supermarkets….the Jewish quarter in the Old City (and that includes the Western Wall Tunnels)..pretty much everything. And things stay closed until 10 pm on Saturday night, some businesses opening directly on Sunday mornings. There are a handful of eateries that stay open during Shabbat – they show up on Google.

Another important side note..A dip in the Dead Sea is a one time must-do.

Well sitting in a chair and reading a book like in the pics online..Hmmm..that not really..but the legs stay up ? . Apparently you do really get that experience on the Jordan side.

The beaches are about 45 minutes to an hour and a half away from the city. Pick any one beach club (based on TA reviews). Just make sure of 3 things –

Some of the resorts are really fun and have a great vibe, so if you plan ahead – it could be a fun, chilled out day in fact.

Having had this small taste of Jerusalem, I can’t wait to go back to visit what I could’nt on this trip..

I already have my checklist ready.

I definitely want to go back to experience Hezekia’s tunnel, walk along the Ramparts, visit the Tower of David Museum and the City of David National Park; and explore the Jewish and Christian quarters some more..

Its overwhelming as I said.

Narrowing it down and focussing on what you really want to see is the only way to achieve it in limited time.

The people are fabulous. Warm, affectionate, helpful. Extremely welcoming – especially towards Indians..So much so that I had to write separately just about this aspect.

Waiting to be there again ( M too)…Like I said, there s a little bit of me that I left behind in Jerusalem… 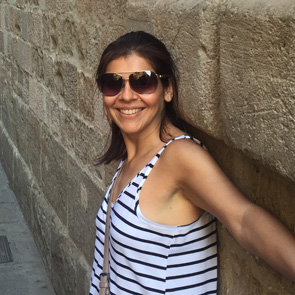